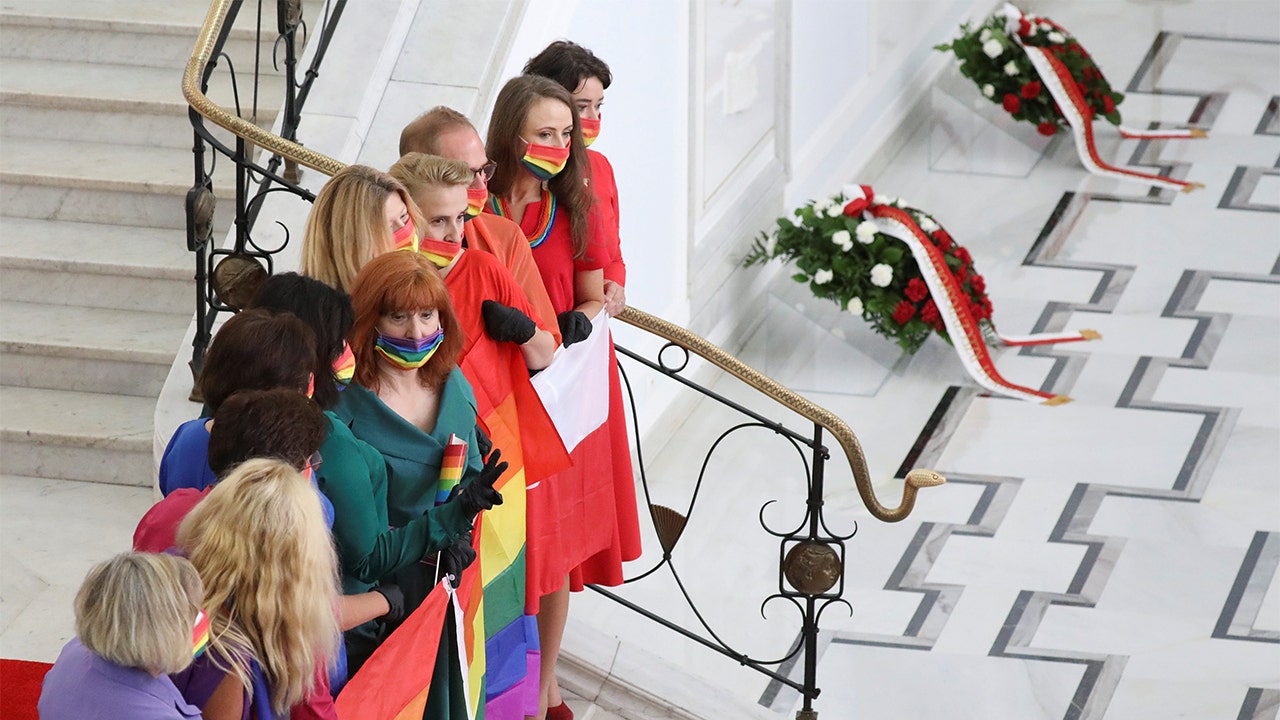 Members of Poland‘s parliament on Thursday used the swearing-in ceremony of President Andrzej Duda to make a political statement, forming a rainbow with their clothing to highlight accusations of homophobia against his campaign. Duda referred to LGBT people as “an ideology” — as opposed to individuals — and was condemned by Poland’s left-leaning politicians and international[…]